Because of the gravitational lens effect, photons from a given source yield multiple images when observed. These multiple images can be used to measure the time delay between them and derive the Hubble constant. We are studying the phenomenon from both a theoretical-phenomenological point of view and an experimental one. We are setting up a campaign to measure the time delay for a selection of lenses and derive the Hubble constant under given approximations and in various scenarios. The papers “Towards a New Proposal for the Time Delay in Gravitational Lensing” and “Analysis of the angular dependence of time delay in gravitational lensing” have been published by the Journal “Symmetry”.

The proposal of a new method to derive the time delay in not-fully-resolved lenses is ongoing (thesis of Francesco Nicolosi, paper by Alba Domi et al., in preparation).

The picture shows the observation (image not fully calibrated and not background subtracted) of the QSO 0957 +561 gravitational lens, a quasar with two images; a zoom is shown below. 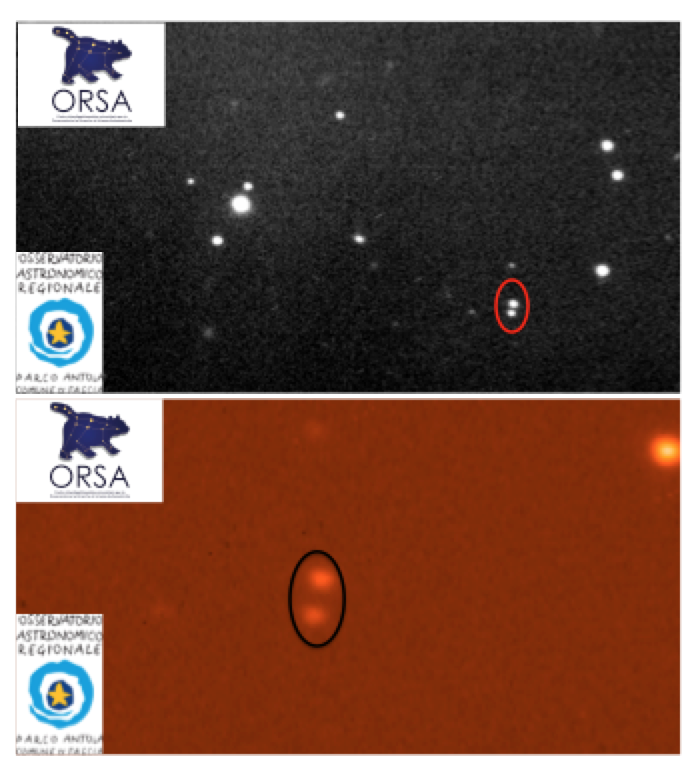